The famous singer, Katy Perry, has shown in her latest video released yesterday her baby bump and an astonishing white dress.

In the new single called “Never Worn White”, Katy Perry wears an amazing floral dress while she is singing: “See us in 60 years with a full family tree.” 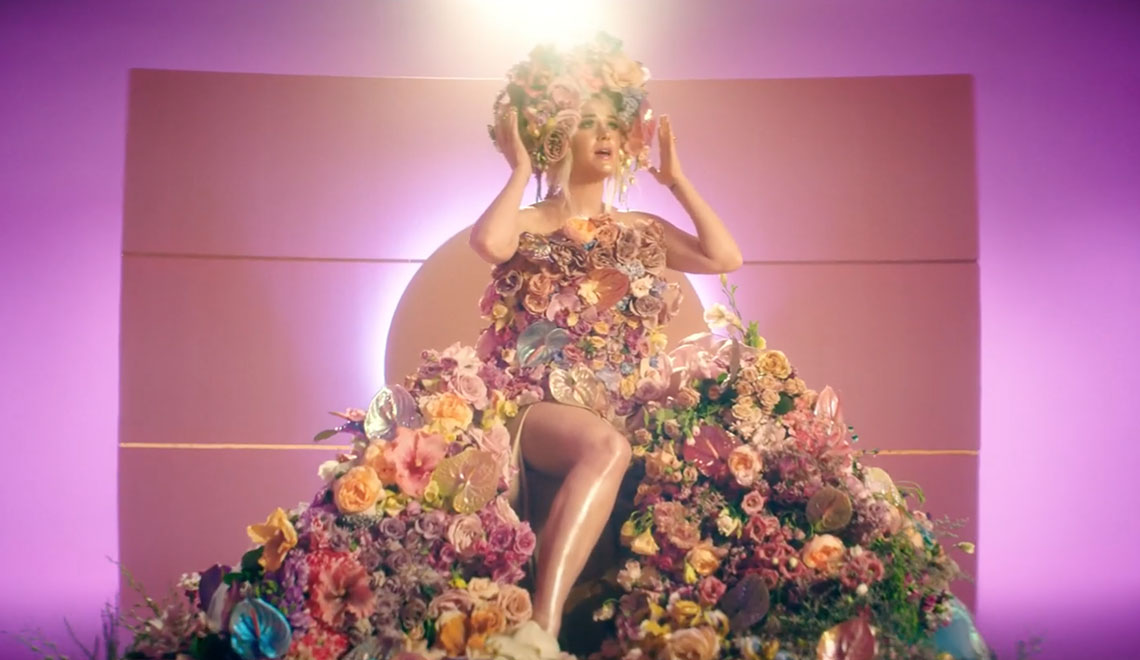 This will be her first child with fiance Orlando Bloom, who she has reportedly been dating since 2016. The pair got engaged on Valentine’s Day last year.

In live footage after the music video was released, Perry also revealed she will be releasing a new album soon, saying: “Let’s call it a double-whammy”. 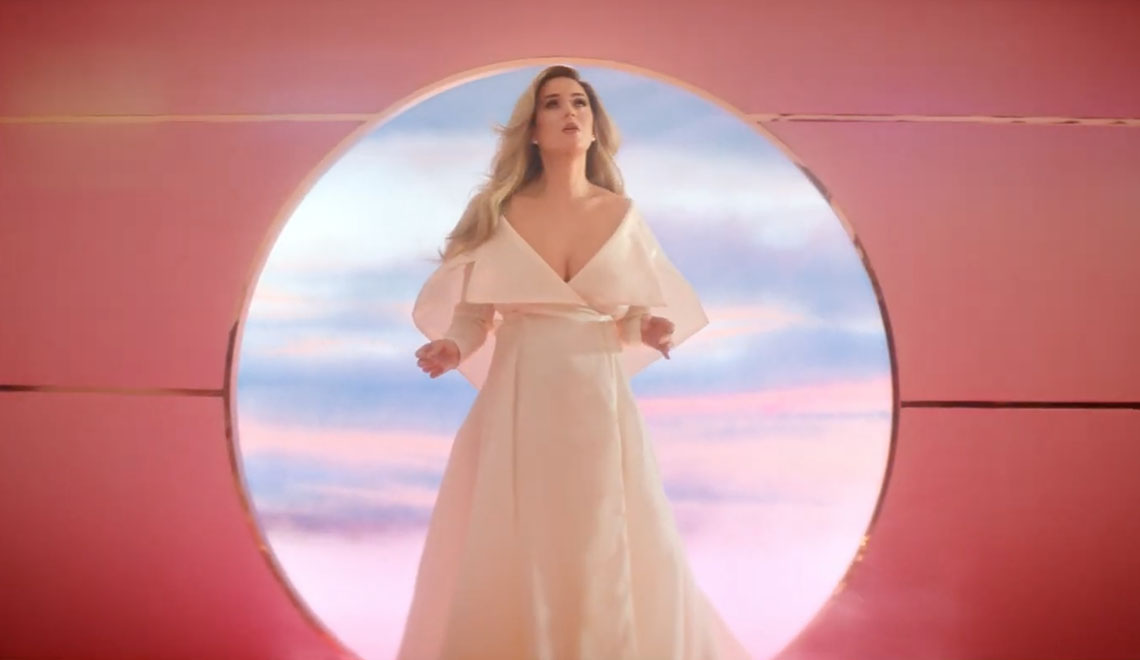 Her latest single, a romantic ballad, appears to have been inspired by her relationship with British actor Bloom and she said it was penned in Santa Barbara. The intro of the track is from Felix Mendelssohn’s Wedding March. 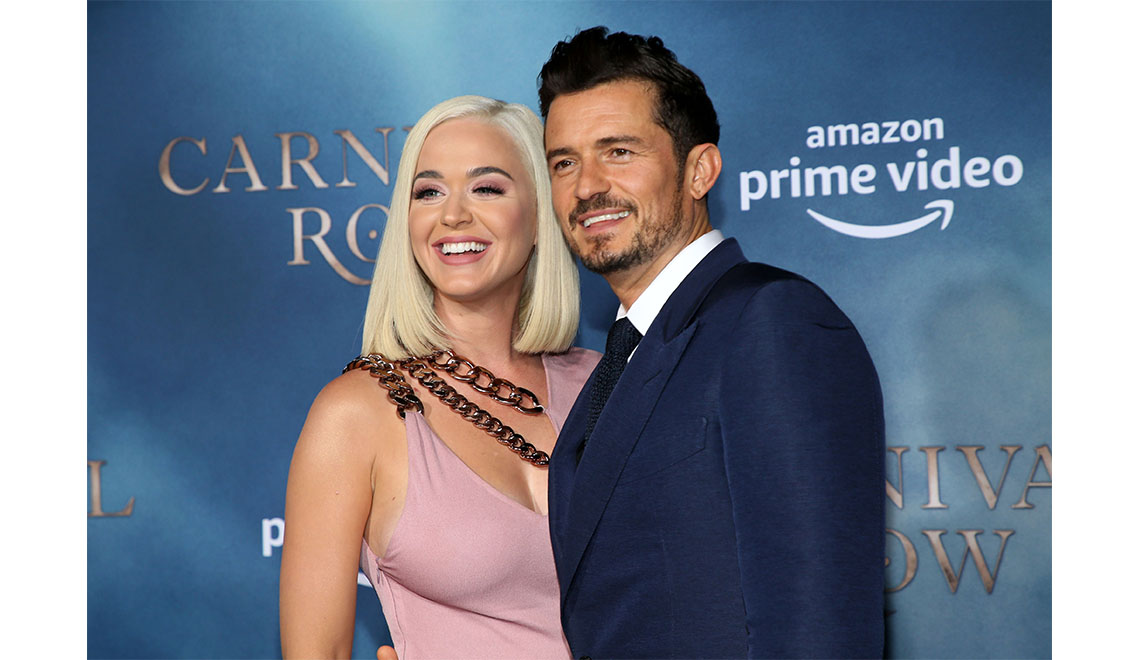 “It’s a super vulnerable song for me to put out there,” the pop star said.

Alluding to her first marriage, she added: ” The truth is I have never worn white”, she said. “Because the time before this 10 years ago I worn white”. 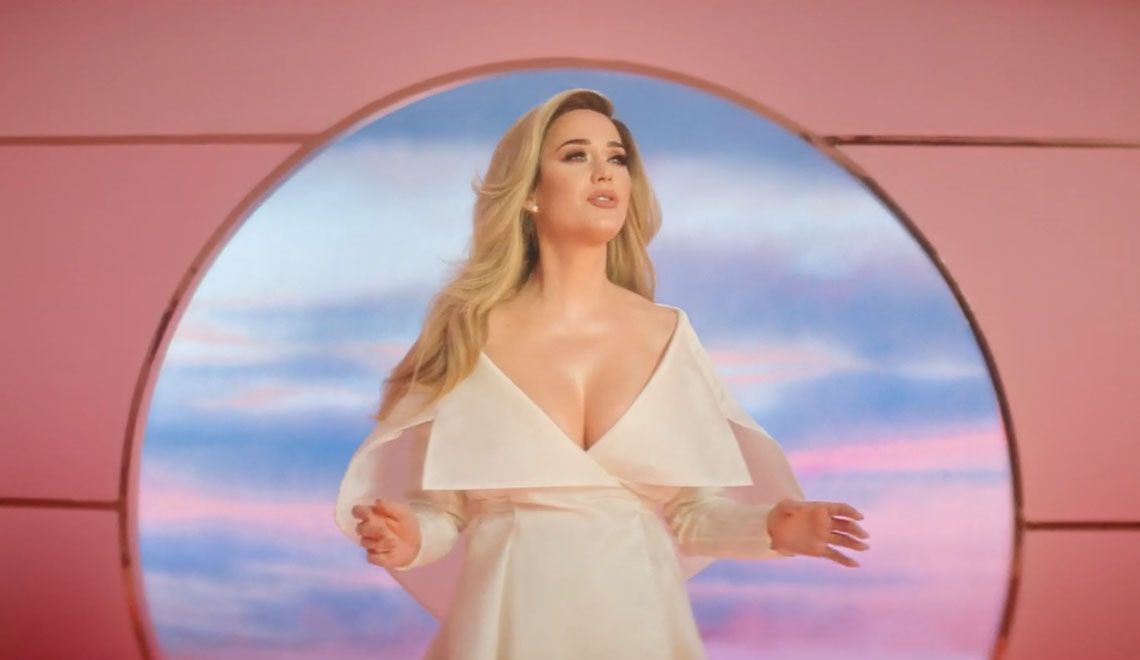 Actually it’s not her first marriage, she got married with the comedian Russell Brand from 2010 to 2012.

Following the music video’s release, the musician took part in an Instagram Live video with her 90.5m followers, in which she confirmed that she is pregnant.

Everyone was freaking out for this amazing news.

We can’t wit to see their baby!

Discover on CoccoleBimbi.com our cool selection of new-born’s clothes and accessories